by Amber Bouman
in Technology News

After a brief hiatus, ICYMI is back to give you a helpful summary of all the gadgets and gizmos we’ve put to the test recently. This week, Billy Steele lent his ears to Samsung’s new entry level Galaxy Buds 2 to check out their new design and features. A little while ago, Terrence O’Brien created beautiful music on the Novation Circuit Rhythm sampler and struggled with the controls on the SkulptSynth SE. Devindra Hardawar also experienced immersive VR courtesy of two professional headsets from HTC. Lastly, Daniel Cooper checked out Framework’s repairable laptop to see just how easy it is to customize and fix. 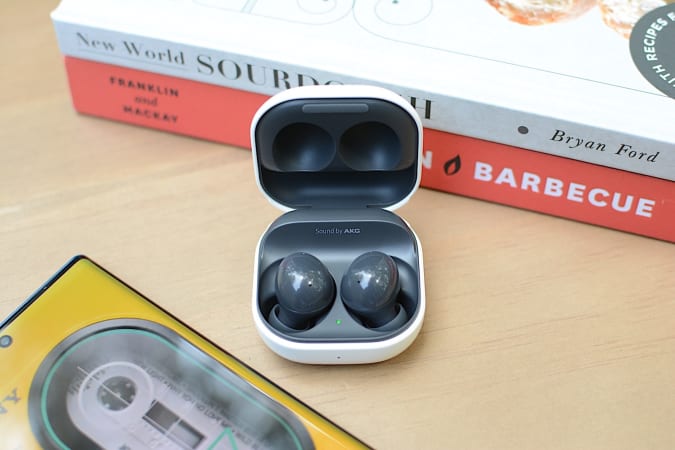 Affordable wireless earbuds often come with compromises, but Billy Steele feels that Samsung has found a winning combination with the Galaxy Buds 2. Redesigned to include wireless charging and ambient sound at an entry-level price of $150, the Galaxy Buds 2 are 15 percent smaller and 20 percent lighter than the Galaxy Buds+, which makes them comfortable to wear. Billy says that the sound quality, though improved, doesn’t have quite the same clarity and depth, but the dynamic range is comparable. Low-end tones lack punch and tracks that should sound big and bombastic are a bit flat and subdued.

That being said, he was still impressed by the inclusion of active noise-cancellation, which Samsung says can reduce 98 percent of background noise. Billy could still hear a bit of his box fans and white noise machine during testing, but the feature was definitely better than relying solely on passive isolation. He felt that Samsung delivered on the call quality improvements as well, via a combination of machine learning, three microphones per bud and a voice-pickup unit to maximize clarity. He managed to get around seven hours of battery life from “regular” use (which included some ANC), but was disappointed that the Buds 2 only have an IPX2 rating, which could produce issues during sweaty workout. 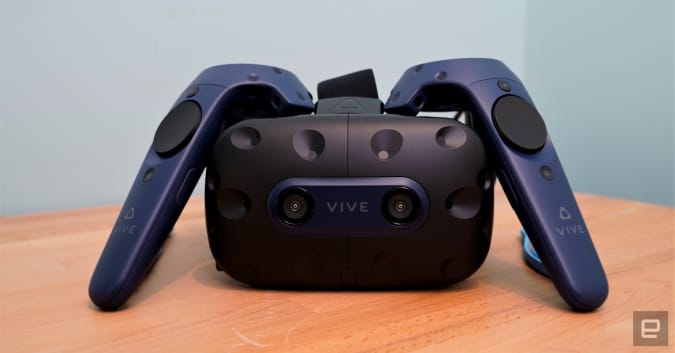 Devindra Hardawar liked HTC’s Vive Pro 2 VR headset so much he called it “an enthusiast’s dream.” However, he’s quick to point out that its $1,399 price tag makes it a tough sell. The Vive Pro 2 offers a 5K 120Hz display with 2,448 x 2,448 pixels per eye. Additionally, the LCDs have RGB sub-pixels that help to produce the sharpest desktop VR experience that he’s ever seen. It also has solid ergonomics — Devindra says the headset is comfortable to wear for extended sessions due to its weight distribution and its plush cushioning on the front and back.

But even if you’re prepared to shell out for the headset, Devindra admits it comes with some drawbacks. First, the controllers are the same archaic, oversized ones that came with the original 2016 Vive. He also felt that the on-ear headphones produced some heat during use, as did the displays. But the biggest issue is the graphics power necessary to experience the device in its full glory: Devindra says you can probably forget about getting anything truly usable out of the system’s minimum requirements, which means you’ll need a lot of desktop power to get the most out of the Vive Pro 2. Despite those hurdles, he’s quick to call the Vive Pro 2 the highest quality desktop VR available right now.

Framework’s modular laptop can be repaired by anyone 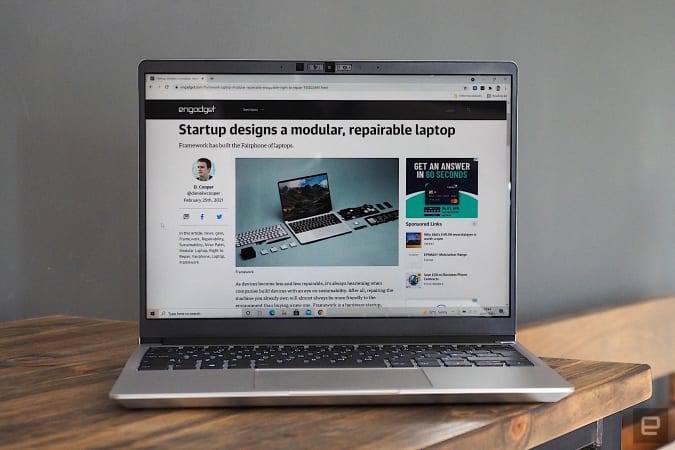 Framework’s laptop isn’t eye-catching or showy. The design of the 13-inch notebook resembles an older MacBook, but with one noteworthy difference: it’s intended to be modded and repaired via the included Torx T5 screwdriver and the expansion cards. While testing how easy it was to replace a keyboard, Daniel Cooper said he felt fully confident that he could make multiple repairs to the machine — something that can’t be said for most consumer laptops.

In addition to being easy to upgrade and fix, the Framework features a solid spec list: a 13.5-inch, 3:2, 2,256 x 1,504 display with a backlight capable of 400 nits; a variety of inputs via the expansion cards as well as a 3.5mm headphone jack; a chiclet keyboard with 1.5mm of travel and an impressive 1080p, 60fps webcam with an 80-degree field of view. During testing, the $1,399 Performance model handled undemanding games well and scored an average 4927 in PC Mark 10. The only thing Daniel didn’t enjoy about the machine were the side-firing speakers, which produced weak, tinny sound.

The HTC Vive Focus 3 is a premium VR workhorse 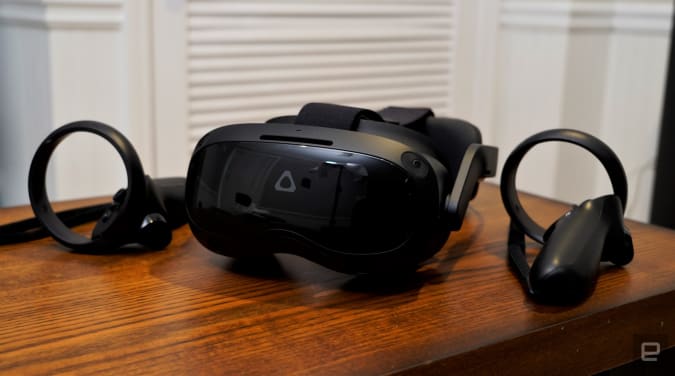 Much like the Vive Pro 2, HTC’s Vive Focus 3 isn’t intended for the casual consumer. The $1,300 price point alone puts it on another level, likely best for business users who should be pleased with the superior hardware, ergonomics and build quality. Devindra Hardawar says the system has just about everything you would want in a modern headset: a sturdy yet light build with a design that’s comfortable to wear for long periods of time, and even has support for large glasses.

With a 5K resolution, a 90Hz refresh rate and a 120-degree field of view, the Vive Pro 2 delivered one of the most immersive standalone VR experiences that Devindra has seen. He had a realistic sense of walking through meadows and beaches in a nature trek VR program, and said he was consistently impressed by how great everything looked. However, he was disappointed by the limited software library that required him to remove the headset to purchase apps and games. After his time with the Focus 3, Devindra heartily felt that it is an ideal set up for companies who can take advantage of the business-focused apps and the hardware quality without cringing at the price point.

The SkulptSynth SE is a formidable sound engine 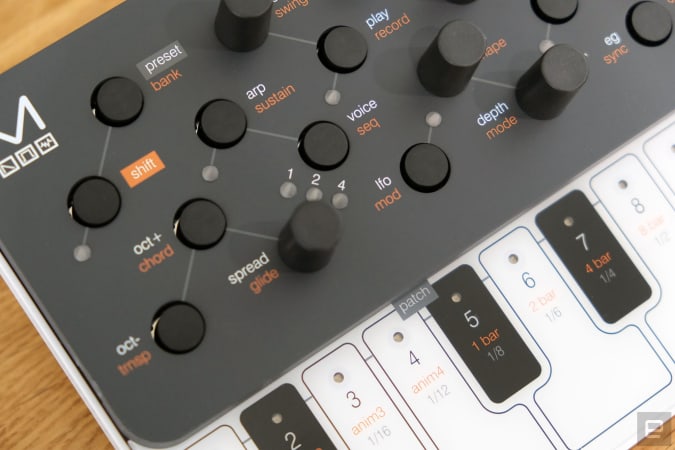 As a follow up to the original Skulpt, the SkulptSynth SE makes some upgrades to the build quality but comes in more affordable at $199. Terrence O’Brien spent some time with the instrument and determined that it’s still as powerful, compelling and confusing as the previous version. The SE features a total of 32 oscillators stacked in four voices which produces a thick tone that Terrence called inviting. He says the SE shines when the stacked oscillators are given a chance to really flesh out the sound. He also approved of the various modulation options, which give the device a surprising amount of depth.

Despite the improvements in the hardware (specifically firmer knobs), Terrence said that the SE still felt pretty wobbly and cheap overall. And he was still frustrated by the cramped layout and the navigation of the controls — he recommends keeping the included cheat sheet at hand to help with the latter. Additionally, the touch keyboard wasn’t always super responsive. However, using the app solved a lot of his complaints and he was excited about the MPE support, which is unheard of at the SE’s price point. 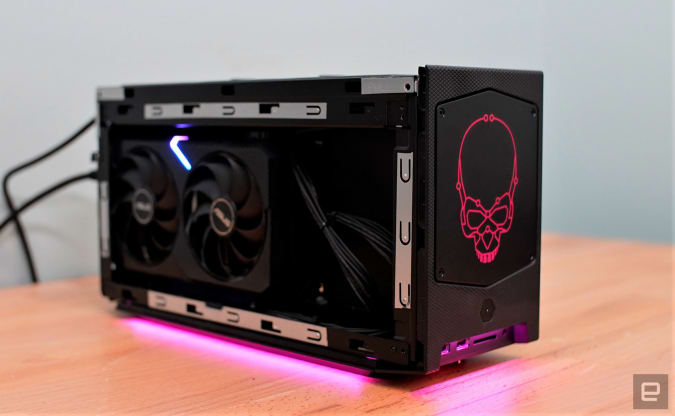 Devindra Hardawar is quick to acknowledge that the new NUC 11 Extreme, aka “Beast Canyon,” is pretty sizable. However, he feels the trade-off is worth it because the design provides support for a full GPU — something that should attract gamers to the unit. It’s also a bit cheaper than the last model and more flexible due to the fast 11th-gen Intel CPU (which can be purchased separately as an upgrade for NUC 9 Extreme owners).

This NUC was clearly designed with gamers in mind with an LED skull on the black metal case, mesh air vents and three large fans on top. Devindra was pleased to report that the case cooling on the device was excellent: the GPU never went above 75 celsius and the CPU stayed under 80 celsius. Additionally, because of the thoughtful modular design, he had no trouble fitting in large GPUs like NVIDIA’s RTX 3070 Ti or the Radeon RX 6800. The system also performed well in benchmark testing: in PCMark 10 it outpaced every Windows PC we’ve seen this year. Still, the $1,150 to $1,350 price tag for the NUC 11 is high, especially because owners will need to pay up for additional hardware and software. 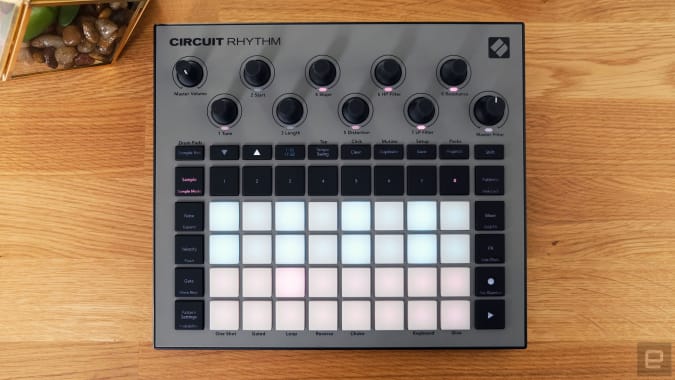 Though physically similar to its cousin the Circuit Tracks, Novation’s Circuit Rhythm uses the popular screen-free workflow of the Circuit with the full-featured sampler and performance effects of the SP-303 to produce a device that is ideal for lo-fi hip hop and house music. Terrence O’Brien particularly enjoyed this simple workflow as well as the sampling and slicing features that are fun to use.

The Circuit Rhythm has 32 RGB, velocity-sensitive pads, 28 buttons for switching views and tracks, eight endless encoders and two knobs for volume and master filter. Terrence says those eight monophonic sampler tracks are the core of the Rhythm, and he was also impressed with its portability and 3.5-hour battery life. Though he would like to see some additional features like more fine-grained temp control, overall he deemed the Circuit Rhythm a strong contender for best entry-level sampler, particularly for anyone interested in hip hop or house music creation.